It’s been well over a month since my last update and considering since then, we have crossed over into a new year, I think I’m well overdue for an update!

December was a very busy month for me! It started out with a Dawg win in the SEC Championship which I was able to watch at a Canadian bar. I met a few other fellow Dawg fans there and we celebrated all night!!

Even better than that was a week-long visit from Emily! She arrived very early the morning of Sunday the 10th and stayed until Friday the 15th. On our first day, she fought through the jet lag and we had lunch at Holybelly. (I think I mention this restaurant in every other post??) The next day we explored the La Defense Christmas market with my French class in the morning and toured the Opera House in the afternoon! Emily and I made dinner at home that night and ate with my host mom, giving them a chance to get to know each other.

vin chaud at the Christmas market

On Tuesday, after I sent my kids off to school, Emily and I took a day trip to Lille. A speed train connects Paris to this beautiful city in the north of France in only an hour. Lille is know for its Flemish architecture, its beer, and its Christmas market, three things we were excited to partake in. We arrived a little before 11 am and the town was about 15ºF cooler than Paris! We fought through the cold (hand warmers in tow!) to explore the town. After wandering the streets for about an hour, we sat down for a traditional lunch of northern France. We tried beer from the region and dined on carbonnade flamande – beef stewed in beer and brown sugar – and Welsh Rabbit – ham, bread, beer, cheese, and a fried egg. It. Was. So. Good. after lunch we explored their Christmas market. It was smaller than Paris’ La Defense market we saw the day before but we enjoyed this one much more. Maybe it had something to do with the spiked pear cider we were drinking? The main square was also decorated for Christmas, with fair rides and all. Something tells me we caught the town Santa on break though…. We finished the day with some Christmas shopping for our family and returned back to Paris in time to meet my kids after school. 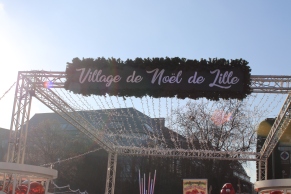 That night we dined at Buvette, a cool restaurant in Montmartre. They have a location in New York I would recommend for anyone there!

On Wednesday, we spent the morning in Montmartre, the afternoon shopping, and, at night, dining at Candelaria. One of my favorite spots in Paris, Candelaria is probably the most authentic Mexican food you can find in the city. The best part about Candelaria is just past the kitchen, through an unmarked door is their speakeasy. Emily had eaten here years ago with friends so it was fun for her to go back again! 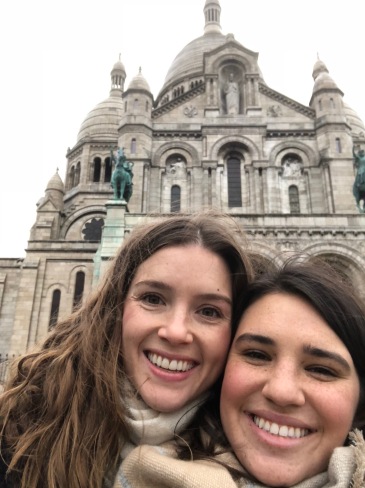 we took a lot of selfies this week lol

Thursday was Emily’s last day in Paris. She met me after French class and we walked to the Eiffel Tower, obviously a must-do any time you’re in Paris! From there we spent the rest of the day exploring the Marais. I could spend everyday wandering that area. We had lunch at a popular falafel spot and it did not disappoint! That night, we had dinner at Mamma Primi, a great Italian restaurant in the Big Mamma group of restaurants. For dessert, we ordered the “Nutella Pizza” and, to our surprise, were presented with flatbread pizza baked with sugar and the LARGEST tub of Nutella I have ever seen in my life. The waiter literally just plopped the tub down and walked away. We couldn’t stop laughing and everyone who passed us on the street stopped to gawk at it. All that’s to say, it was i n c r e d i b l e. Definitely a must.

best falafel I’ve ever had

our TUB of Nutella

The next morning, I saw Emily off on the train to the airport bright and early. I was sad to see her go but knew I’d be seeing her again in just 1 week so it wasn’t too bad. I’m so thankful Emily was able to come see me! Emily works so hard as a resident at Emory in Atlanta and has very little time off so the fact that she chose to spend her vacation time with me meant a lot.

After she left, I only had one more week in Paris before heading home for Christmas. That week was spent getting last-minute Christmas presents, spending time with friends, and soaking up the last bit of Paris for a while. We had drinks at the Ritz and also drank 3€ wine out of plastic cups by the Eiffel Tower- both equally magical.

Christmas at the Ritz

I had two weeks off while my host family was vacationing with family in Dubai. I celebrated Christmas in Destin with family,  New Years in Atlanta with friends, a Dawg win in the Rose Bowl, and the wedding of one of my dearest childhood friends! I’m so happy I was able to be home for everything. Flying back to Paris on standby proved to be a bit of a challenge and extended my stay in the States by one day but, eventually, I made it. I was even able to watch the (devistating) National Championship on the airplane thanks to wifi and the ESPN app. 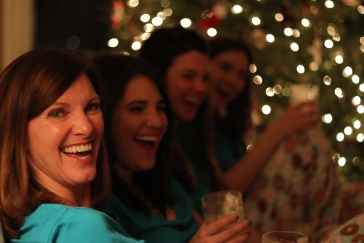 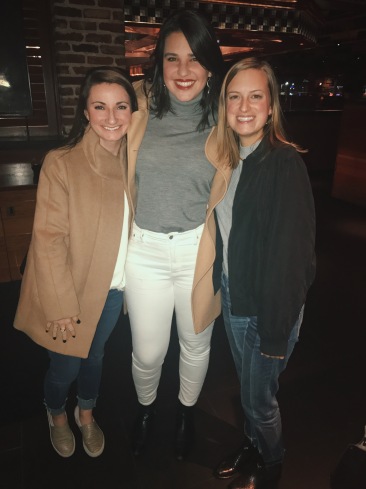 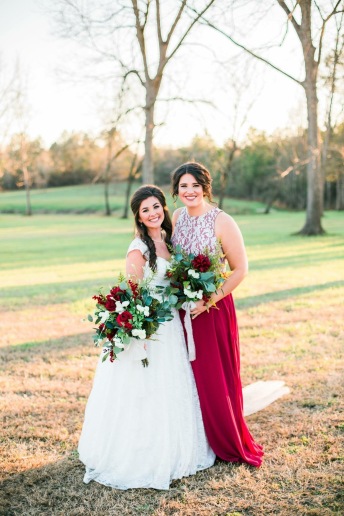 The entire month of January was a bit of a blur. I battled horrible jet lag for about 2 weeks. The temperatures have been pretty mild for winter but the everlasting rain had been a bit of a damper. We spend a lot of days meeting for many hours at coffee shops or brasseries to escape the dreary weather. The big talk of the city right now has been the rising level of the Seine. The water is very high thanks to all the rain and has overtaken the roads and sidewalks beside the river but thankfully it is nothing serious!

I’m looking forward to the month of February that will include my birthday (in two days!), trips to Oslo and Copenhagen, and a visit from my parents!! I have so much to look forward to. Now that I’m back in the swing of things, I will be updating more regularly, with shorter posts (!), so look out for that in the weeks to come!

I hope this update found you well.

2 thoughts on “Catching up.”