The first leg of my two week vacation started out with a missed train (and an expensive new ticket for later that afternoon, ugh). In the end, I’m glad I went through that experience so now I know exactly how to travel by train and will be better for it in the future! I could have done without the whole crying in a crowded train station thing but we can’t help who we are sometimes…

I arrived in Nice a little after 8 p.m. on Saturday the 21st. I checked into my 6ht floor, walk-up Airbnb and settled in for my vacation. I would have three, full days on the French Riviera and intended to make the most of them! I decided early on to devote each day to a different city, with Nice being my home-base to come back to each night.

I got an early start to my Sunday. I made my way to Nice’s famous flower market. I got there soon after it started so I was able to see it without many other tourists around some vendors were still setting up. It was a long street filled with beautiful fresh flowers, fruit and vegetable stands, and so much more. After walking up and down, I stopped at a bakery stand and got breakfast for just 2 euro.

With breakfast in tow, I walked down on the beach. It was made up of the biggest rocks I had ever seen being called a beach. I was shocked to see people laying on the beach because I didn’t even want to try to walk on it without shoes on! Regardless, it was still beautiful. All along the coast, the water was the MOST beautiful color- the brightest, truest blue you can imagine.

I had pre-booked a boat tour of the coast of Nice so after a walk around Nice’s small marina, I boarded the boat for an hour. We saw homes of many celebrities including Elton John, Sean Connery, and Bill and Melinda Gates. We went into the harbor of the next town over, Cap-Farrat, a favorite vacation spot of many celebrities including Beyoncé (!!) and Bono. For lunch, I went to Chez Pipo for the traditional dish of Nice, socca, essentially a pancake made of chickpea flour. I would place it somewhere between a pancake and focaccia. The waiter looked at me really weird when I asked for a fork and knife and when he left to get me one another leaned over and said “You’re supposed to use your hands.” Oops. After lunch, I wandered around the old town of Nice. A totally pedestrian area, the old town is made up of tiny, winding alleys sprinkled with little shops and restaurants. I could have walked the streets for hours. It felt almost more Italian than French, not surprising as Nice was an Italian city for a while in its history. 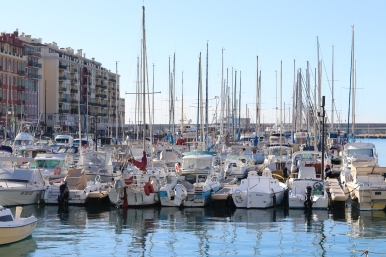 After the old town, I wandered along the Promenade des Anglais. A wide sidewalk running the length of town and along the beach, the promenade is perfect for an afternoon stroll. I took advantage of the warm weather and sat on a bench for a while watching the beachgoers. October was a great time to visit because the weather was still so nice but the tourism was slowing down from the high season. I walked through the famous Hotel Negresco (it was closed to visitors but if you just act like you belong you can pretty much get in anywhere with no questions asked) before heading to the rooftop of the Boscolo Hotel to have a drink and watch the sunset.  After a full day, I had a small dinner close to my Airbnb and prepared for the next day.

I took a bus the next morning to Monaco. It was only a 35 minute ride, 1.50 euro each way, and it drove along the coast so it had a breathtaking view. I got off my bus at the tourism office and got my passport stamped (purely ceremonial, you don’t need a passport to visit the country). From there, I went to the world famous casino, Monte Carlo. It’s opened in the mornings to visitors before gambling starts at 2 p.m. The views from the casino were absolutely stunning. The whole building and interior were really overwhelmingly opulent in the best way. You could feel the history of the place. 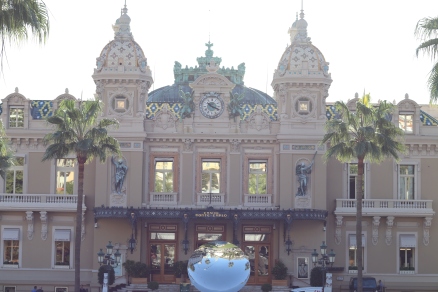 Monaco is build into a hillside meaning the two main parts of the second smallest country in the world are elevated and the in the valley between them is the marina, but more on that later.

I made the trek (literally) up to Monaco’s old town and palace for the changing of the guards. I love seeing a changing of the guards while I’m traveling. It’s always interesting to see that country’s interpretation of the ceremony. From the palace, I walked to their national cathedral to visit Princess Grace’s grave. Afterwards, I went to the Oceanic Museum and Aquarium. I can confirm that an aquarium is officially the weirdest place to be by yourself. I was surrounded by families and strange fish. It was a real LOL experience in solo travel. The roof of the museum has a panoramic view of the country and the Mediterranean and is really worth the entrance fee alone. 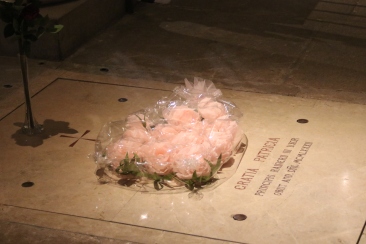 I quickly discovered on this trip that I love wondering around marinas and Monaco’s is one of the most famous in the world. Filled with mega-yacht after mega-yacht, I could have spent the entire day there. I happened to be there while the world’s largest yacht, Dilbar, was docking and it was the most incredible thing I’ve ever seen. Look it up because I couldn’t even get all 512 feet of it in one picture!

I made my way back to Nice that night for dinner at the popular old town restaurant, La Rossettisserie. I had one of the best roast chickens I’ve ever had (don’t tell Ina Garten!) and amazing roast potatoes.

I started my last full day with a train to Cannes. I was so excited to go to Cannes, specifically because of the film festival, and it did not disappoint. The town of Cannes is small- I was able to walk across the main part of the city in 10 minutes. I enjoyed the morning sun while walking on the beach and along the promenade that runs beside it. I explored around the Palais des Festivals where the film festival is held. I loved being in a place where so much movie history has occurred. It felt very electric.

One of the places I was most excited to visit was the Intercontinental Carlton Hotel. In the summer of 2016, I interned for Intercontinental Hotels Group as part of the social media marketing team. Part of my job included choosing user-generated content from Instagram for the Intercontinental hotel website. I remember being in a florescent-lit office park in Dunwoody, Georgia staring at photos from the Cannes hotel location dreaming of one day going there. It felt very surreal to be standing in front of it now. I walked all though out the hotel (remember, act like you belong) and took everything in.

I wandered through the famous covered market, around marina, and up and down the famous shopping streets. I’ve decided there really is no better place to window shop than the French Riviera. 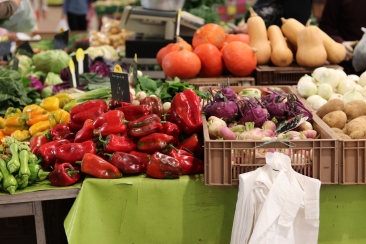 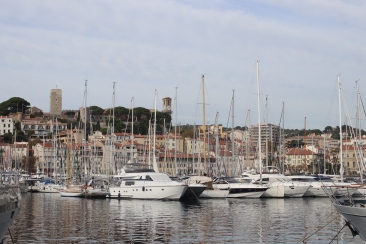 I felt a special connection to Cannes. The best way to describe it is a feeling of being homesick for a place you’ve never been before but also for a place where you currently are. Leaving Cannes, I knew in my heart it wouldn’t be my last time there.

That afternoon, I took another train to Antibes. Only about 10 minutes from Cannes, Antibes is a very small town but one I would highly recommend. Most of the town is pedestrian alleyways that wind together in a picture-perfect way.

My first stop off the train was, you guessed it, the marina. Antibes has a big wall on one side of their harbor and you can walk along the top of it for a really great few of all the boats on one side and the Mediterranean on the other. After, I walked up to the Picasso Museum. Picasso spent some time in Antibes and painted in the building now dedicated as his museum. Many of the works he painted during his year in Antibes are featured in there which is a really cool way to see inspiration and art so perfectly intertwined.

Besides the Picasso’s, Antibes may be best know for The Absinthe Bar. Located underneath a gift shop, The Absinthe Bar serves absinthe the proper way: a shots worth of the liquor in a large glass, letting ice-cold water drip on a sugar cube placed on a slotted spoon over the top of the glass until you fill to a certain point in the glass. The atmosphere of the place is really cool and the owner gives a long instructional talk about the liquor and how to drink it beforehand. It tasted a lot like licorice, which is one of my top 5 least favorite flavors, so I don’t imagine there will much absinthe in my foreseeable future but it was still a cool experience. In the bar with me was a Canadian tour group and one of the couples invited me to join them at their table. It was really nice to talk (in English!) to people after a few days of solo traveling. 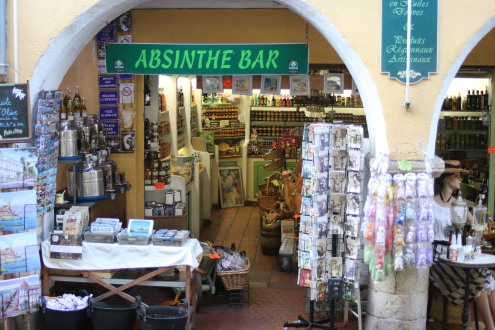 All in all, I had a really amazing first part of my vacation. The weather was perfect and the towns were breathtaking. This was my first experience traveling solo and I’m really glad I did it. I learned a lot about myself on this trip and that is really an invaluable experience.

My train left at 10 the next morning (with me on it!) and I was back in Paris by 4 p.m. I was tired but had little time to rest because the next part of my vacation included playing tourist in my new city, many friends from home, and Harry Styles….